On October 12, the Romanian convention was held in Prahova, Romania. There were about 200 people including 12 dojos and adult children.
Romanian players are actively participating in the joint practice sessions of dojos in Central and Eastern Europe held in Hungary in summer.
This tournament was enriched with categories, ranging from basic movements to daggers.

On 12th of October 2019, the ISCA’s Romanian Branch (registered as Goshindo and SportsChanbara Federation) organized the first edition of the National Spochan Tournament in Brazi district, Prahova.

Special guests of the Tournament were Kaori Kimura (Hungary) and Adrijana Barsi (Serbia). Also there was an honourable presence of officials and local authorities of the Mayor and City Council, the Vicegovernor of Prahova district, and also Senators and Deputees from the Romanian Parliament.

Everyone enjoyed the National Spochan Tournament! 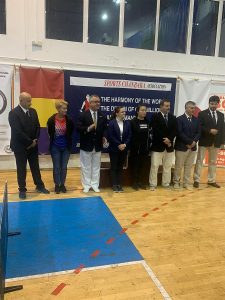 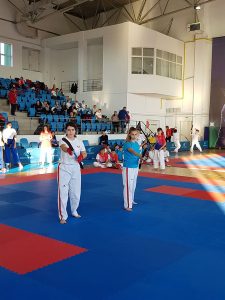